Ryan Polley was named the inaugural head men's lacrosse coach at Boston University on June 21, 2012, and the program has continued to reach new heights in his five seasons at the helm.

In 2018, Polley led the Terriers to their second straight Patriot League semifinal appearance. To get there, Polley guided BU to the program's first-ever victory over a top-10 opponent with a thrilling 12-11 victory at No. 10 Bucknell in the Patriot League quarterfinals. The Terriers also earned their first-ever preseason ranking in a national poll prior to the 2018 campaign.

For the second straight season, Polley coached a player to All-America accolades. Freshman Chris Gray, the Patriot League Rookie of the Year, was both a USILA and an Inside Lacrosse All-American in 2018, setting single-season program records in both assists (40) and points (71). Polley also mentored Gray and senior Jack Wilson to All-Patriot League honors.

Polley was named the 2017 Patriot League Coach of the Year after leading the Terriers to their first-ever Patriot League tournament berth. Under Polley's guidance, the Terriers finished the conference schedule with a 5-3 record and concluded the regular season with a 12-5 mark, setting program records for most wins and fewest losses in a season. BU finished the regular season with a top-15 defense nationally and was ranked or received votes in at least one major national poll each week, rising as high as 15th in the Inside Lacrosse media poll. Polley was also recognized as the New England Division I Coach of the Year.

The Terriers won a program-record eight games in 2016 and posted their first-ever winning season at 8-7. BU bested its highest-ranked opponent to date, defeating then-No. 14/15 Harvard on the road, 9-8. The Terriers also knocked off then-No. 16 Navy, 10-9, in a thrilling double-overtime victory at Nickerson Field. Polley's squad received its highest-ever national ranking, reaching as high as No. 16 in both the USILA Coaches' Poll and the Cascade/Maverik Inside Lacrosse media poll.

2016 also saw the Terriers haul in several year-end honors. Sam Talkow was named Patriot League Faceoff Specialist of the Year, and he also joined Cal Dearth on the All-Patriot League First Team. In addition, Greg Wozniak was a Second Team All-Patriot League selection. Under Polley's guidance, BU ranked third in the nation in caused turnovers per game (8.80), fifth in the NCAA in ground balls per game (32.47) and sixth in the country in faceoff percentage (.621).

BU enjoyed national recognition under Polley's guidance in 2015, improving to 6-8 overall after a 2-12 inaugural season. They received their first national ranking on March 23, 2015, slotting at No. 19 in the Cascade/Maverik Inside Lacrosse media poll. They also defeated then-No. 18 Colgate, the eventual Patriot League champion, by an 18-11 score on March 21 for the program's first win against a ranked squad.

The turnaround from the first year to the second year was extraordinary. In 2015, the Terrier offense ranked 23rd in the NCAA with an average of 10.71 goals per game, a marked improvement from the previous year in which BU was 61st (7.21). The Terriers also ranked sixth in the country and first in the Patriot League in team faceoff percentage (.637) in 2015. In addition, Polley led BU to a 6-2 record in its first eight games of 2015, including a four-game win streak.

Polley had previously spent six seasons (2006-12) as an assistant coach at Yale University, heading up the defense for the final four. In 2012, he helped the Bulldogs claim the Ivy League tournament title with convincing wins over perennial powers Cornell and Princeton, earning the program's first NCAA bid since 1992 in the process. Yale finished the year ranked 11th in the final USILA Division I poll.

Prior to his time at Yale, Polley was the head coach at Merrimack College - his alma mater - for three seasons (2004-06). He capped his tenure with the Warriors by being named the New England Division II Coach of the Year for the second time in three years after his squad finished with a record of 11-5 and a national ranking of eighth at season's end.

Once Polley took over the reins of the Yale defense, the results were remarkable. The Bulldogs recorded three straight 10-win seasons, beginning with a 2010 campaign that saw them earn a share of the Ivy title for the first time since 1990 and become the top-ranked team in New England. Five players received All-Ivy recognition this past season with three earning All-America honors as the Bulldogs strung together their longest win streak in over two decades.

Under Polley's charge, the 2011 Yale squad ranked seventh nationally in scoring defense (7.57) and third in caused turnovers (10.2) a year after being ranked 10th and sixth, respectively, in those categories.

As one of the youngest head coaches in the country, Polley guided Merrimack to back-to-back top-10 finishes in Division II (2005, 2006) while having his players sweep the New England player and rookie of the year awards in both of those seasons. His defense ranked fifth in the country in 2005 while his offense averaged 13.3 goals per game in 2006, good for eighth nationally. He also produced a pair of All-Americans, including the 2006 NCAA all-divisions point leader.

Prior to taking over the Merrimack post, Polley was the first-ever head coach for the girls' lacrosse program at Andover High School. His 2003 team went undefeated in the regular season and he compiled a record of 44-12-3 over the course of three seasons.

An All-American and a two-time All-Northeast-10 selection at Merrimack, Polley was a three-sport athlete for the Warriors, as he also played football and basketball in North Andover before focusing on lacrosse. He served as captain of the lacrosse team for three seasons and was a two-year captain in football as the squad's starting quarterback. A native of Downingtown, Pa., Polley attended Malvern Prep and was inducted into the school's Athletic Hall of Fame. 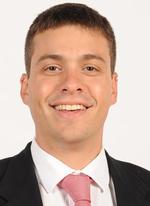 Mike Silipo completed his second season as the Terriers' offensive coordinator in 2018.

Silipo coached a Terrier offense that averaged over 10 goals per game for the second straight year. Two of his attackers, freshman Chris Gray and senior Jack Wilson, earned All-Patriot League honors, with Gray also being named the league's Rookie of the Year. Gray, who set single-season program records with 40 assists and 71 points, was a 2018 USILA and Inside Lacrosse All-American, marking the second straight year a Terrier attackman has earned All-America accolades during Silipo's tenure.

Thanks to Silipo's guidance, junior James Burr became the first Terrier to 40 goals in a single season, as he found the back of the net 45 times. Burr was one of three Terriers to improve their goal total from a year ago, with all three scorers setting career highs for goals. In addition, senior Hayden Ruiz set a new career mark for assists in a year.

In Silipo's debut season in 2017, the Terrier offense finished second in the Patriot League and was among the top 30 in the country at 10.76 goals per game. Not only did the Terriers find the back of the net often but they were one of the most efficient teams in the NCAA, boasting the top shot percentage in the Patriot League at 31.6 percent, which was 15th-best in the country. BU also finished 18th in the nation and second in the conference with an average of 6.59 assists per game.

Silipo joined the Terriers after spending the last three seasons as an assistant at Ithaca College, his alma mater. There, he served as defensive coordinator and helped guide the Bombers to a pair of NCAA Tournament appearances, including a berth in the quarterfinals last year.

In addition to his defensive responsibilities, Silipo was instrumental in improving Ithaca’s offense over his tenure there. The Bombers ranked 76th in the country in scoring offense prior to his arrival, but finished last season with an average of 16.91 goals per game, good for third in the NCAA.

Under Silipo’s tutelage, Ithaca also held opponents to just 6.82 goals per game last season to help the Bombers finish with the nation’s best scoring margin at 10.09 goals per game. Ithaca was the No. 1 team in the country in both polls for a three-week period and finished with a program-record 20 wins, including a victory at then-No. 2 RIT.

Prior to his stint at Ithaca, Silipo coached for two seasons at Williams College. He spent the first of his two campaigns at Williams as the defensive coordinator before shifting roles and leading the offense the following year. In 2013, he also took over duties as the program’s recruiting coordinator, film coordinator and faceoff coach. Silipo was also the football team’s running backs coach during his tenure at Williams.

A midfielder and senior captain for the Bombers, Silipo helped Ithaca to a record of 48-23 from 2008-11. The Bombers competed in the Empire 8 Championship Tournament each of his four years and twice played for the conference crown. Ithaca won the title in 2008 and advanced to the NCAA semifinals.

Silipo played in 69 games for the Bombers scoring 47 goals and adding 15 assists for 62 points. He tallied 120 ground balls and forced 53 turnovers during his career and was a second-team All-Empire 8 selection as a senior. 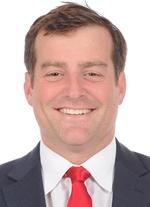 Lattimore has been instrumental in the success of the Terriers' faceoff unit over the last three years. In 2020, Sean Christman finished the shortened 2020 season ranked 14th in the nation with a faceoff percentage of .624. The Terriers were 13th in the NCAA as a unit, with Christman and Kevin Snyder combining for a .608 success rate at the X.

Lattimore arrived at BU with over 15 years of collegiate coaching experience, including four seasons as the head coach at Holy Cross. Lattimore also spent time as an assistant coach at Penn, Michigan, Bucknell, Delaware and his alma mater, North Carolina.

As a head coach, Lattimore led Holy Cross to a pair of Patriot League postseason appearances in 2016 and 2017, including an upset victory at Navy in the 2017 quarterfinals which was the program’s first-ever postseason win. Under Lattimore’s leadership, Holy Cross earned a national ranking for the first time in school history and erased several losing streaks of over 25 games against several conference opponents.

Prior to his stint in Worcester, Lattimore was the offensive coordinator at Penn for two seasons. He helped lead the Quakers to the 2013 Ivy League championship, its first conference title in over 35 years.

Lattimore helped start the lacrosse program at Michigan in 2011 and 2012 as the program’s first offensive coordinator. He was instrumental in elevating the club roster to Division I.

Before that, he was the offensive coordinator at Bucknell for three seasons, including the 2011 campaign in which the Bison claimed their only Patriot League championship and won a program-record 14 games.

Lattimore returned to his alma mater to coach the offense at North Carolina for two seasons (2007-08). The Tar Heels had the 11th-ranked offense in the country in 2007 and finished the 2008 season ranked fourth in the nation. Before his time at UNC, Lattimore was on the Penn staff in 2006 and the Delaware staff in 2005. He began his coaching career at Geneseo State in 2002 as an assistant before moving to Limestone for two seasons in 2003 and 2004.

As a player, Lattimore was a two-year starter for the Tar Heels. Inside Lacrosse selected Lattimore as a preseason All-American in 2000. He graduated in 2001 with a bachelor’s degree in interpersonal and organizational communication.